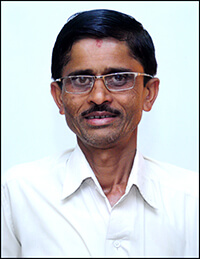 M.A. degree received during the year 1996

19 years of experience with effect from 1997 working continuously different

Degree Colleges which include :

Co-curricular activities : Guided the students to take up Research Projects