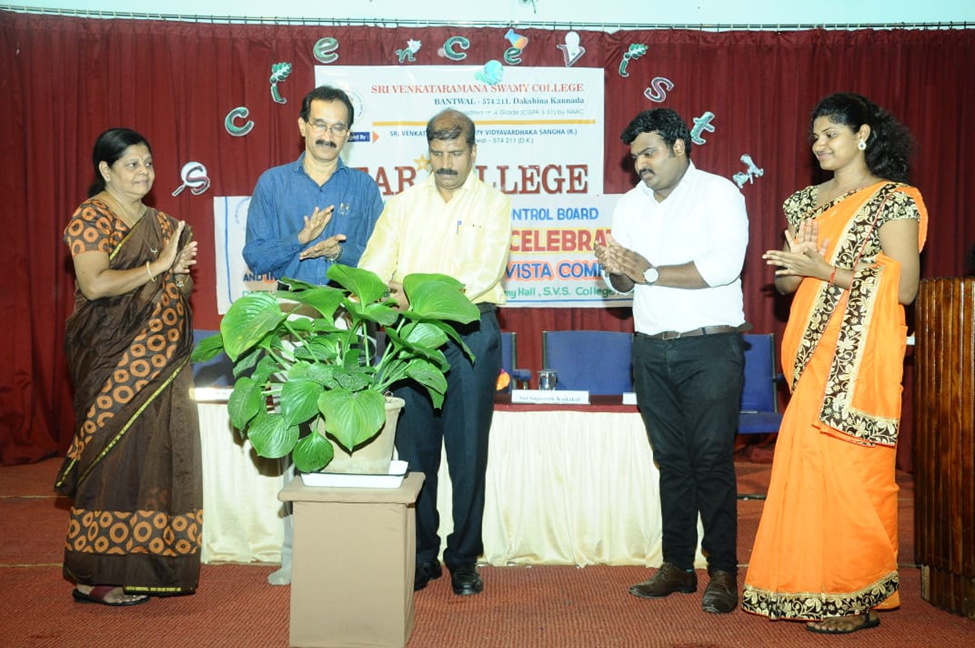 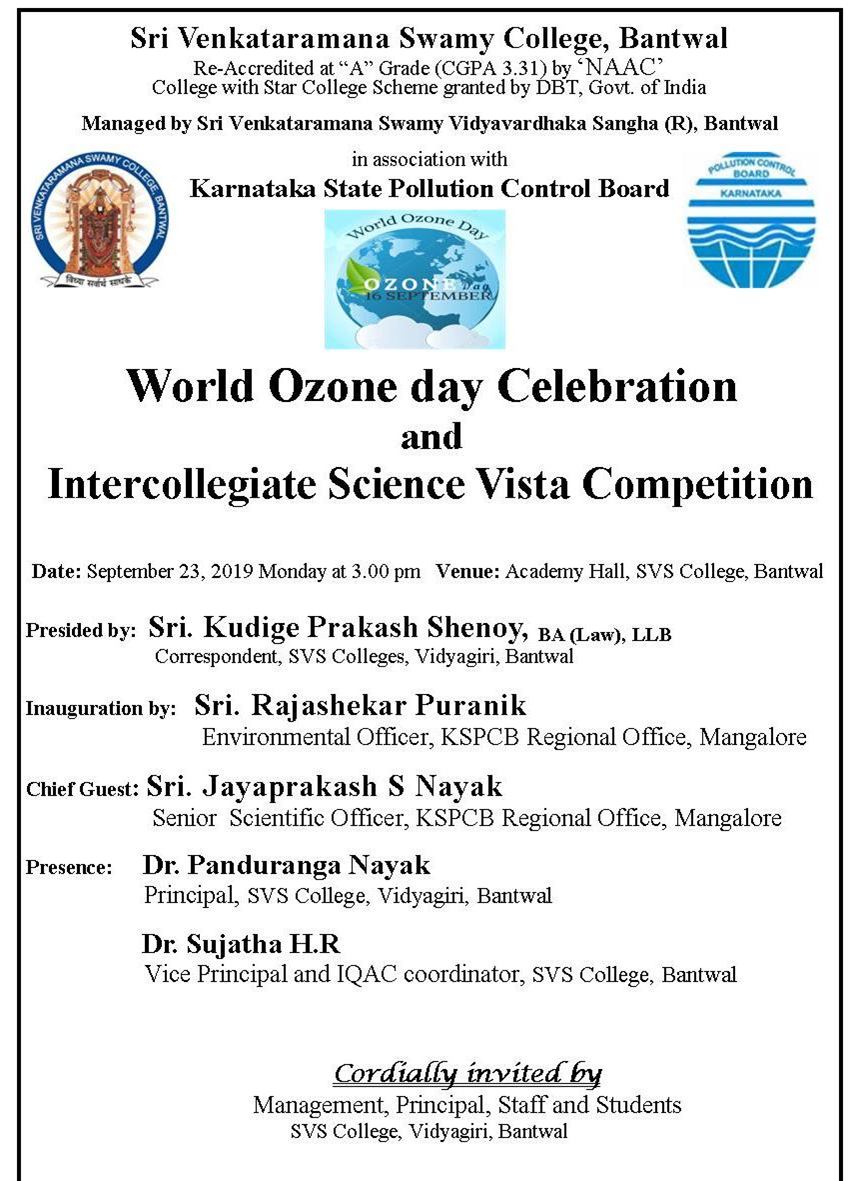 A Brief report of the World Ozone day Celebration

Sri Venkataramana Swamy College, Bantwal had successfully completed the World Ozone day celebration on 23-09-2019 in association with Karnataka State Pollution Control Board, Regional Office, Mangalore. Student participants and teachers came from various PU Colleges of the Bantwal taluk and B.Sc students and staff of SVS were present over the program. The World Ozone day program was started at 3.30pm; Mr. Vilas had welcomed the gathering. Inauguration ceremony began with the song recited by Mr. Bharath and Sri. Jayaprakash S Nayak, Senior Scientific Officer, KSPCB Regional Office, Mangalore inaugurated the program by watering to sampling and he had delivered introductory address. In his address, he insisted the role of Youth and Colleges for conservation of Ozone layer. He mention that ozone layer formation and depletion and how its depleted by free radical catalysts, including nitric oxide (NO), nitrous oxide (N2O), hydroxyl, atomic chlorine, and atomic bromine. While there are natural sources for all of these species, the concentrations of chlorine and bromine increased markedly in recent decades because of the release of large quantities of man-made organo halogen compounds, especially chlorofluorocarbons (CFCs) and bromofluorocarbons. He noted that the ozone layer was discovered in 1913 by the French physicists Charles and Henri. It was deduced that the missing radiation was being absorbed by something in the atmosphere. He also marked with the statistics of usage of plastic bags in Dakshina Kannada district mainly in buying fishes day to day, also gave a remedy how to reduce the use of plastics in day to day life. Eventually the spectrum of the missing radiation was matched to only one known chemical, ozone. President of the program Dr. Panduranga Nayak, Principal, SVS College, Vidyagiri, Bantwal, enlightened importance of Ozone to society and He also mention about importance of Nature resource and its sustainable utilization. Being a resident of Bantwal town he has addressed many different society and groups regarding how plastics are harmful and how to overcome the usage. Finally vote of thanks was proposed by Ms. Nisha. On the occasion of Ozone day we had conducted inter collegiate Essay and Debate competition. For all the participants given certificate and for winner given the prize and certificates. Dr. Sujatha H.R, Vice Principal and IQAC coordinator, SVS College, Bantwal had present over the program and Miss. Shruthi Coordinator STAR College and Mr. Supreet Kadakol HOD Zoology had witnessed the program. We are very thankful to KSPCB for financial assisting the program and the College Management for their encouragement and support for organizing program.